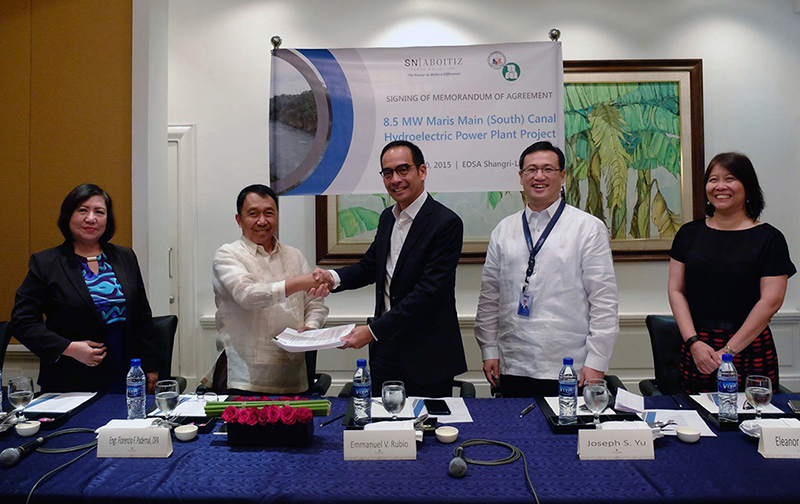 SN Aboitiz Power-Magat (SNAP) and the National Irrigation Administration have signed a memorandum of agreement for the construction of an 8.5-MW hydro project along the Maris Main Canal in Ramon, Isabela.

The agreement was signed Oct. 20 by SNAP President and Chief Executive Officer Emmanuel Rubio and NIA Administrator Florencio Padernal, according to a press release.

Maris Main Canal is managed and operated by NIA. The plant will use the irrigation water released from the Maris Reservoir for the Maris Main Diversion Canal. The Maris reservoir began operating in the 1980s and has since regulated the flow of water used for irrigation.

SNAP is finalizing the detailed engineering design and cost estimates and hopes to complete them by the November 2015 construction start date. The project is to be completed by November 2017.

The small hydro project is covered by hydropower service contracts for Maris Main Canal 1, awarded in 2013 by the Department of Energy to another SNAP business unit, SN Aboitiz Power-Greenfield. In 2015, DOE granted the assignment of the contract from SNAP-Greenfield to SNAP-Magat.

The project will be funded initially by SNAP’s shareholders SN Power and AboitizPower.

The Maris Main Canal project will provide additional revenue to NIA through fees for the use of irrigation water for power generation and land lease.