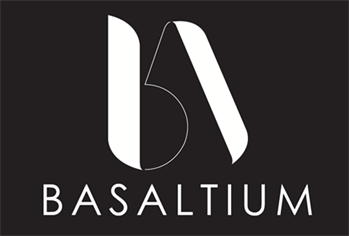 Results achieved through the Specialized Thimbles for Offshore Renewable Marine (STORM) energy project have led to the development of a new multi-material connector for mooring applications.

The project’s entire cost is not immediately available, but the United Kingdom’s Engineering and Physical Sciences Research Council provided a US$139,000 grant and Innovate UK also helped fund the project.

The connector has an outer portion that coats its inner core.

TTI designed the outer portion of the new connector that consists of Oilon, a low-friction nylon from Nylacast.

Two Brunel departments, the Experimental Techniques Centre and the Centre for Advanced Solidification Technology, developed the Basaltium material inner core, which is made from recycled aluminum strengthened by basalt fibers.

EMEC said, “The innovation uses the next generation of nylon/AI composite materials which, when combined, exhibit higher strength, high corrosion resistance, low coefficient of friction and are lightweight. For offshore renewable energy devices, this will result in increased deployability, increased reliability and longer in-service times. This will yield an increase in energy output and improvement in safety, while reducing failures and offshore maintenance operations which will ultimately help reduce the levelized cost of energy for the industry.”

Many penguin-type wave energy converters float on the sea surface while the movement of the waves powers a turbine inside. The electricity they generate is harvested via cables embedded in its mooring ropes, which take a hammering from the sea and its wildlife.

“Connectors between mooring ropes and the device are one of the main challenges for offshore renewable energy,” said Lorna Aguilano, research fellow from the Experimental Techniques Centre. “Generally, at the connector point, the ropes deteriorate and end up breaking, with big costs for retrieval. So, normally the ropes are changed every five years to avoid this.”

This new connector will last longer and could also be utilized by other types of offshore energy production.

“STORM has designed a new multi-material hybrid connector which we want to share with the industry. We want to bring together moorings experts, offshore energy developers and supply chain companies to share challenges and learning around marine mooring and discuss developing, testing and operating solutions for this vital marine energy subsystem.”

The development team will officially launch the connector Jan. 26 at the Marines Moorings Masterclass located at Brunel’s Uxbridge campus. The event, according to Brunel University London, “is designed to get offshore energy industries, including oil and gas, to swap notes about working with marine moorings.”