Hydroelectric power will constitute 55% of the renewable energy added globally through 2035, according to International Energy Outlook 2011, published by the U.S. Energy Information Administration.

Although renewables have positive environmental and energy security attributes, EIA says most renewable technologies other than hydroelectricity are not able to compete economically with fossil fuels during the projection period, except in a few regions or niche markets. It said government policies or incentives often provide the primary economic motivation for construction of renewable facilities.

The report noted the greatest increase in hydroelectric growth is outside the developed countries of the Organization for Economic Cooperation and Development (OECD). “In the OECD nations, most of the hydroelectric resources that are both economical to develop and also meet environmental regulations already have been exploited,” EIA says. “With the exceptions of Canada and Turkey, there are few large-scale hydroelectric projects planned for the future.” 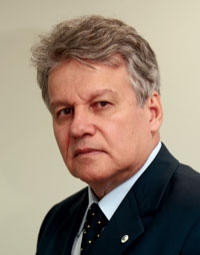 In the non-OECD countries, hydropower is expected to be the predominant source of renewable energy growth. This is due to mid- to large-scale hydro plants to be completed in China, India, Brazil, and a number of nations in Southeast Asia, including Malaysia and Vietnam.

– International Energy Outlook 2011 may be obtained for free at www.eia.doe.gov.

The Institute of Electrical and Electronics Engineers Inc. announces a new standard, IEEE Guide for the Application of Turbine Governing Systems for Hydroelectric Generating Units.

Standard 1207, a 135-page guide, is intended to complement Standard 125, providing application details and addressing the impact of plant and system features on hydroelectric unit governing performance. It provides guidance for the design and application of hydroelectric turbine governing systems.

The International Generator Technical Community is an online forum of engineers worldwide discussing the operation and maintenance of generators.

The site, founded and launched by National Electric Coil in March 2010, is available on the Internet at: www.generatortechnicalforum.org.

With nearly 800 members in more than 54 countries, this forum provides in-depth knowledge and discussions regarding generators for thermal and hydro units. Members include engineers and professionals responsible for power plant generators, independent consultants and technical resource providers.

To preserve the technical integrity of the site, membership is limited to personnel with day-to-day responsibility for stationary generators. Site rules require members to avoid commercially-motivated interactions and stick with technical issues, allowing an atmosphere of genuine problem-solving.

The community offers a resource center that contains pdf documents, web links to documents, and other media recommended by community members.

The International Centre on Small Hydro Power is working to develop a report on the worldwide development status of small hydropower facilities.

The goal of this report, called the World Small Hydropower Development Report, is to give a global overview of the status of small hydro to inform project owners, policy-makers, decision-makers and investors.

The report will include:

– An overview for each of the five world regions (Africa, Asia and the Pacific, Europe, North America and Latin America);

– Status of more than 140 countries with regard to small hydro development;

ICSHP is based in Hangzhou, China. It operates under the auspices of the United Nations Industrial Development Organization.

The GTC is housed within Alstom’s existing North American hydro headquarters manufacturing and engineering facility. Alstom says the GTC will serve as the company’s global hub for innovation in hydro retrofit processes and technology.

It houses a team of Alstom research experts and engineers working with industry and academic partners to study improvements in retrofit techniques that can improve plant performance, availability and reliability without increasing overall plant size or environmental impact.

The company also plans to establish a GTC in Taubate, Brazil, home to Alstom’s largest hydro factory. The center will focus on Kaplan turbines, with a research and development team of French and Brazilian specialists to begin activity in early 2012. A test rig to test Kaplan turbines for projects in Brazil and Asia will be operating at the facility by mid-2013.

A study conducted by China’s Academy of Social Sciences reports that Three Gorges Dam has not contributed to widespread climate change.

The report – called the Green Book of Climate Change and published by the Social Sciences Academic Press under the Chinese Academy of Social Sciences – found that the dam’s environmental impact was limited to a 12-mile radius. Three Gorges impounds water for a 22,400 MW hydro project. The dam was designed to control the flood-prone Yangtze River.

The report comes in response to criticism over the world’s largest hydropower dam, which grew considerably over the past year as China’s Hunan and Jiangxi provinces suffered their worst droughts in half a century.

Critics wondered if the low water levels in Dongting and Poyang lakes – downstream from Three Gorges on the Yangtze River – were perhaps the most visible evidence of the dam’s negative effects, but several scientists said there was no evidence the dam had caused the drought.

“No direct link has been found between the dam and local severe droughts and floods in recent years,” said the report.

Instead, it is believed that extreme weather conditions caused by abnormal atmospheric circulation and air temperature incurred by changes in ocean temperature and snow conditions at the Quinghai-Tibet Plateau are to blame, according to the report.

RusHydro is using IBM hardware and software to improve plant business processes at its 6,000 MW Krasnoyarsk hydro facility by 50% and reduce the number of interrupted operations.

Krasnoyarsk is on the Yenisei River in the Russian Far East.