It’s an undeniable truth. Hydroelectric plants in the U.S., and Canada, are aging. Given the many decades that have passed since the heyday of hydro plant development in the U.S., the need for this work is understandable. Rehabilitation of existing hydroelectric generating facilities is big business in the U.S. and is a growing piece of the hydropower pie in Canada. 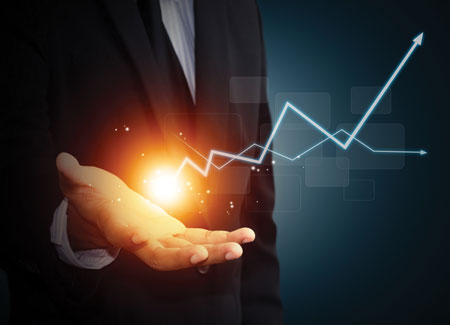 Why? There are many reasons utilities are taking on rehab and upgrading work. These include the need to deal with aging equipment, the opportunity to increase generation by using modern equipment and materials, changing operational parameters at many facilities, and even requirements arising during renewal of the Federal Energy Regulatory Commission operating license for a project.

This article attempts to quantify the size of the hydro rehabilitation market in North America. It also includes case studies to illustrate the type of work various utilities are undertaking.

Breaking down the data

Navigant Consulting, a global professional services firm headquartered in Chicago, maintains a database called GKS Hydro that tracks investment dollars related to a variety of work at hydropower plants. The type of investment included in this database is not routine maintenance activities, Navigant says. To be included, activities must be those done every 10 years or longer and the work must take 12 weeks or more. This criteria brings the spending into the realm of a true capital investment.

Although investments of this nature peaked as many hydro project owners were going through the Federal Energy Regulatory Commission relicensing process for their facilities a few years ago, there is still significant work occurring.

For purposes of this article, the two asset groups I am going to focus on are generating equipment and controls and monitoring. The total spent , in five years, across both of these groups is: $1,992,649/MW! I’m just going to emphasize that this is spending per megawatt of capacity – nearly $2 million. Rehabilitation and upgrading IS a massive market.

Spending is less, but still considerable, in the controls and monitoring asset group. By subgroup, spending is $284,189/MW for instruments and controls, $168,722/MW for station automation, $159,128/MW for electrical protection systems and $61,839/MW for voltage regulation and metering.

Note: Although a small number of facilities outside of North America are included in the database, Navigant says there are not enough of these to significantly skew the numbers.

Nearly every day on HydroWorld.com, we report on some sort of hydro plant rehabilitation/refurbishment work going on around the world. There is SO much activity of this nature. The table on page 11 is just a first step toward quantifying the size of this market. The total value of just 10 contracts awarded since Jan. 1, 2015, is nearly $62 million! And, tellingly, all of those projects are in the U.S.; rehab contracts also are being awarded in Canada, we just haven’t received information on those. If the Canadian rehab market is even a quarter of that in the U.S., that means adding another $15 million to that $62 million number.

Many utilities are devoting significant time and financial resources to rehabilitation of their hydro assets. The below three case studies provide a snapshot of some of the work that has occurred over the past several years, further illustrating the size of the hydro rehab market.

New York Power Authority is in the midst of multi-year overhauls of its 12-MW Crescent, 12-MW Vischer Ferry and 5-MW Askohan facilities. This capital improvement project includes $20 million to replace four of eight turbine-generator units at Vischer Ferry and Crescent, as well as $4 million to upgrade control equipment for 10 units at Askohan. This work is being performed as part of NYPA’s Life Extension and Modernization (LEM) Program.

NYPA has been performing LEM work at its hydropower facilities for more than a decade. Plants where this work has been performed include the Blenheim Gilboa Pumped-Storage project, which received added capacity of 120 MW (going to 1,160 MW from 1,040 MW) through the installation of new high-efficiency turbine runners and the modification of stay vanes, wicket gates and seal systems. This work cost $135 million.

Another plant undergoing this LEM work includes the 912-MW St. Lawrence-Franklin D. Roosevelt facility. All 16 turbines were replaced and the generators and other components significantly refurbished, to ensure the project operates at maximum efficiency far into the future. This work was anticipated to cost $281 million.

The 2,755-MW Niagara Power Project’s 240-MW Lewiston Pump Generating Plant was part of the LEM program as well, with control system integration work and overhaul of all 12 turbine-generator units. The refurbishment was intended to extend the life of the plant and provide greater efficiency, allowing the plant to generate additional power with the same amount of water. Estimated cost of the Lewiston life extension program was $460 million.

Tennessee Valley Authority is in the process of modernizing its hydroelectric facilities. Some of its facilities are 80 years old or more and still contain original generating equipment. TVA’s hydro modernization or HMOD program began in 1992 to address the reliability issues of an aging fleet and to provide additional hydroelectric capacity. TVA operates 109 conventional hydroelectric generating units at 29 dams with a total capacity of about 3,800 MW and has one four-unit pumped-storage plant with a capacity of 1,616 MW.

As of August 2013, work on 55 conventional units had been completed for a gain of 421.9 MW, as well as increasing the capacity of the four units at the 1,600-MW Raccoon Mountain pumped-storage plant by a total of 109.4 MW.

Over the years, TVA plants where this modernization work has occurred include the 96-MW Nickajack hydro plant, where the four turbine-generator units were modernized and total plant capacity was increased by 14 MW. In addition, at the company’s 663-MW Wilson plant, Units 9 through 18 were rehabilitated and modernized between 1994 and 2000 and work on the remaining units (1 through 8 and 19 through 21) was then completed.

TVA’s website indicates the hydro modernization program is to be essentially completed in 2015 and will have increased system capacity by more than 750 MW.

Manitoba Hydro has rehabilitation work going on at several of its hydro plants.

The utility has been rehabilitating the 250-MW Kelsey facility for the past nine years. Kelsey Generating Station was built on the upper arm of the Nelson River between 1957 and 1961. This includes turbine-generator work and rehabilitation of cranes and other auxiliaries. All seven turbine-generator units will be repaired, including repair of lower head covers and intake gate hoist modifications for four units.

The 1,340-MW Limestone project, also on the Nelson River, is also undergoing rehabilitation work since 2006. The project was built in the 1990s downstream from the site of the proposed 695-MW Keeyask project, and Manitoba Hydro plans to install an indoor, three-phase, 60 Hz, self-cooled, dry-type excitation transformer to be used as a synchronous generator excitation transformer.

In addition, rehabilitation is under way at the 1,220-MW Kettle project on the Nelson River. This second-largest hydro plant in the province was commissioned in the early 1970s and is undergoing a gradual rehabilitation and modernization project intended to extend its life.

Hydro plant rehabilitation as a market is going strong, and it is expected to continue as an important business line with the ongoing aging of hydroelectric facilities in the U.S. and Canada. After all, $62 million in contract awards for rehabilitation reported in just eight months, as only a representative portion of the total market, is pretty impressive!