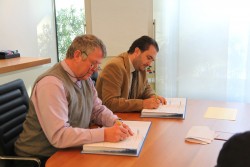 Tocardo said it will be able to “accelerate development of its offshore engineering capabilities using Repsol’s knowledge of the energy industry” while being “able to tap into many of the fledgling renewable energy markets that Repsol has identified,” according to a company statement.

Repsol said it already has around 1,200 MW of offshore wind concessions in the United Kingdom and sees its new partnership with Tocardo as an opportunity to expand its New Energy Ventures unit.

HydroWorld.com reported in October 2012 that Tocardo had begun a long-term partnership with equipment manufacturer Huisman, which will continue.