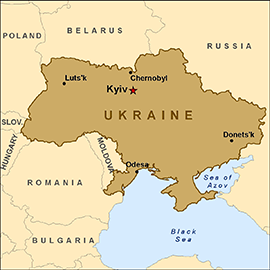 HydroWorld.com reported in January 2010 that the first of seven 324-MW reversible Francis turbines had been put into operation, with the second on schedule for completion by the end of 2012.

The Ukrainian Ministry of Energy and Coal says two will be ready, however, in time for a commissioning ceremony to take place later this month.

When complete, the US$720 million pumped-storage project will have a total capacity of 2,268 MW in generating mode and 2,947 MW in pumping mode, making it the largest pumped-storage facility in Europe.

Dnister is located in the Chernivtsi oblast on the Dnister River, and work will be ongoing as more units are brought into operation. Construction on the project began in 1983.