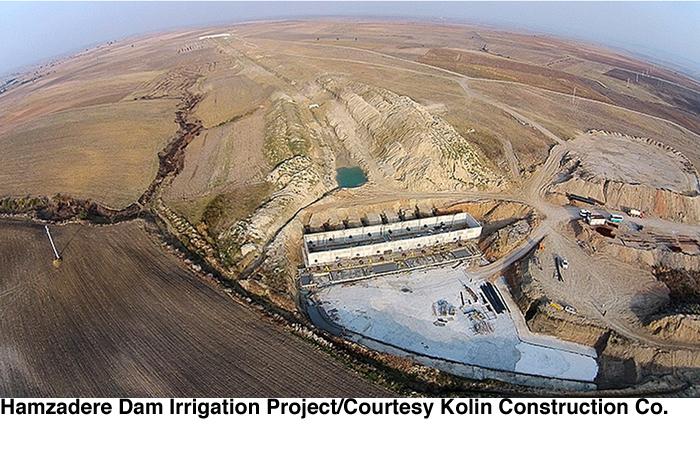 Two construction workers died as the result of a landslide and additional workers were injured on May 22 at the construction site of the Hamzadere Dam Irrigation System in the Ipsala district of Edirne, Turkey. Edirne is in the northwestern-most part of the Turkey near its border with Greece.

According to published local news articles, Eyup Catalbas, 30, and Veli Gok reportedly died at a local hospital in Edirne province May 23 from injuries sustained in the worksite mishap. The cause and size of the landslide is not immediately known, but reports indicate workers were preparing concrete panels that form part of the site’s irrigation system. 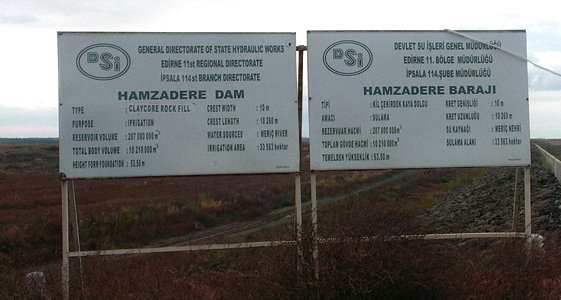 Kolin Construction Co., based in the capital city of Ankara, was contracted Aug. 19, 2013, by DSI to work on the dam and irrigation project and it is scheduled to be complete in 2016. It is not immediately known what organization employs workers at the site.

Hamzadere Dam is a clay core rock fill dam. Water originating from the Meric River flows to the Ergene tributary in Turkey, which will fill a 207.4 hm³ capacity reservoir designed to irrigate 68,000 acres. 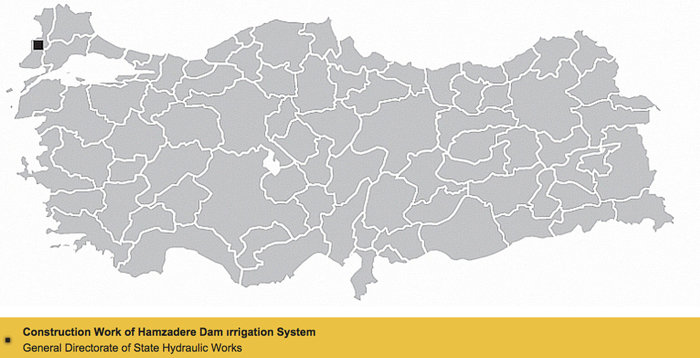 Marmara, divided into four regional areas — Catalca, Edirne, Southern Marmara and Yilidiz — is the smallest but most densely populated of the seven geographical regions of Turkey. The region’s size is about 8.6% of the Turkish national territory, but holds about 30% of Turkey’s population.

An explosion on April 14 opened a 60 by 45 cm hole in a penstock tunnel being constructed at the Silvan Dam site on the Batman River in Silvan, DiyarbakÄ±r Province in southeastern Turkey.