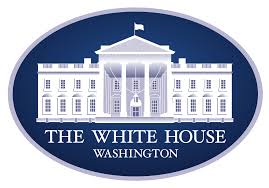 He says that during this month, “We commit to achieving an America First energy policy that will lower energy costs for hardworking Americans, protect our national security, and promote responsible stewardship of the environment.”

President Trump says the U.S. has been a net importer of energy since 1954, and his administration is working to make America a net energy exporter by 2026.

He mentions hydropower development as part of the mix: “We must empower Americans to access the vast reserves of coal, oil, and natural gas stored across our land, and to develop nuclear, hydropower, and all other types of clean and renewable energy,” the proclamation states.

This is encouraging, although not entirely unexpected, as President Trump said during an April White House town hall meeting that “Hydropower is a great, great form of power.”

Specific details of this energy policy have not been released. The Trump administration says, however, that “We have vast untapped domestic energy reserves right here in America.” The plan primarily references untapped shale, oil and natural gas reserves and revival of America’s coal industry. It also indicates a refocusing on protecting clean air and clean water.

President Trump says, “An America First energy policy goes hand-in-hand with responsible environmental protection. Protecting our streams, lakes, and air, and preserving all our natural habitats, will always be high priority for my Administration.”

HydroWorld reported in January 2017 about a leaked document that could offer clues regarding President Trump’s energy plan.