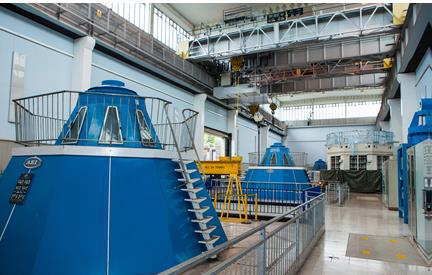 A discussion paper produced by the Centre for Energy Policy at Strathclyde University was recently launched at an all-party meeting in the House of Lords in the UK, promoting pumped storage hydro.

According to a press release from the Intelligent Land Investments Group Plc, the paper describes pump storage hydro as “the most prevalent storage technology operating globally and in Great Britain,” offering “the long-term availability to store energy in times of high supply and to release it in times of high demand.” As reliance on renewable energy grows, the need for storage to ensure security of supply is becoming an increasingly urgent priority.

There are several projects under development in Scotland, but advocates of the technology believe government policy design support — though not subsidy — is necessary to give it a level playing field alongside other solutions to the intermittency challenge from renewables including battery storage and interconnectors, Land Investments Group says.

The Strathclyde paper — The Case for Pumped Storage Hydro in the UK’s Energy Mix — notes that the technology has been around for more than 100 years and “is considered the most mature form of electricity storage,” which benefits from “its economies of scale and large-scale generation capabilities.” Remarkably, pump storage hydro accounts for 98% of energy storage capacity actually deployed around the world.

The Strathclyde University paper maintains that to develop projects at the scale required, the UK government must produce “policy security” in order to attract the required investment. The future electricity market framework should be designed to attract the large up-front capital investment that is needed for large scale electricity storage, allowing a level playing field with other competing technologies. Effective competition between all types of storage will deliver the greatest value to consumers.

Professor Karen Turner, director of the Centre for Energy Policy, said: “Our work focused particularly on Pump Storage Hydro as a mature technology, but our conclusions are relevant across the wider portfolio of potential Electrical Energy Storage (EES) options. We draw three main conclusions from our research. First, that there is a need to account for and articulate the value of EES. Second, a market framework that recognises this value is needed. Third, development through both of these stages requires greater policy certainty and clarity round low carbon economic development pathways in general, and the outcomes that may be served by EES in particular.”

Speaking also at the launch, former UK Energy Minister Brian Wilson said: “As a long-term advocate of hydro-electricity, I welcome this paper which gives PSH a long overdue place in the debate about how to address the critical issue of intermittency. This is already extremely urgent due to the pressure to increase generation from renewables. There is no one silver bullet but PSH certainly has a significant part to play. The fact that Scotland’s terrain can offer excellent sites for these developments, with minimal negative impacts, means that this is a technology which can bring massive economic as well as environmental benefits”