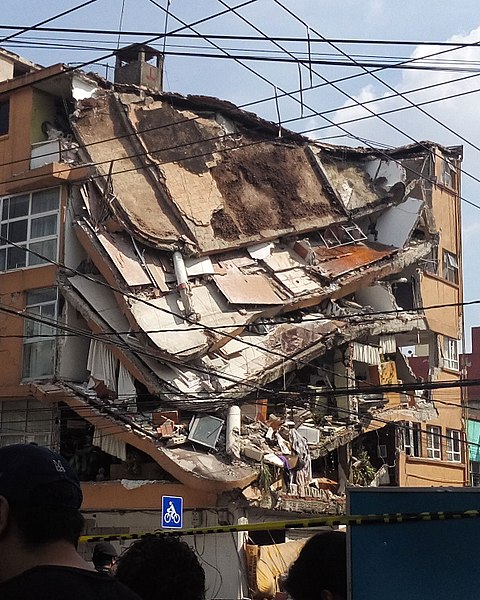 Just within the past few weeks, significant natural disasters have occurred worldwide, with multiple hurricanes, earthquakes and fires reported.

For the most part, dams and hydropower appear not to be significantly affected, although of course they have not escaped entirely unscathed, with transmission lines damaged or destroyed, for example.

Below is information about just the latest and largest of the recent extreme weather events.

Hurricane Maria is the most recent manifestation of this deadly storm event, hitting Puerto Rico earlier this week as a Category 3 storm and leaving the entire island without electricity for “months.” The island previously received damage from Hurricane Irma, but Maria is reported to be the strongest storm to hit Puerto Rico in decades, with 35 inches of rain in some places. With regard to dams, NPR reported authorities had to open the floodgates on many dams, worsening flooding in some downstream communities.

Hurricane Irma struck Cuba and then made landfall in the U.S. state of Florida on Sept. 10 as a Category 4 storm. No dams or hydro generating facilities were damaged, but hundreds of thousands of people lost power due to high winds and severe flooding. This extended into Georgia. Click here to read more.

And a third hurricane, Hurricane Harvey, made landfall in the U.S. state of Texas on Aug. 25 as a Category 4 storm. The Addicks and Barker dams operated by the U.S. Army Corps of Engineers were called into action to control flooding in downtown Houston, although their operation did flood downstream residences. Click here for coverage of this storm.

Early on Sept. 21, a magnitude 6.1 earthquake occurred in Japan, centered in the Pacific Ocean east of Fukushima. Luckily, the effects were not much felt on the island itself, with mostly “weak shaking” reported. The epicenter of this earthquake was reported to be near that of the 2011 earthquake that led to the meltdown of the Fukushima nuclear facility.

New Zealand also experienced a significant earthquake event on Sept. 20, in the form of a 6.1 magnitude event in the Southern Ocean area south of New Zealand. The epicenter was located where the Australian plate meets the Pacific plate. The earthquake was reported to be harmless but shaking was felt on the South Island. That was followed just one hour later by a 5.1 magnitude earthquake northeast of Seddon.

Mexico was struck by two massive earthquakes. On Sept. 19, a magnitude 7.1 earthquake struck in the state of Puebla, killing hundreds of people. Not long before that, on Sept. 8, a magnitude 8.1 earthquake occurred off the southern coast of the country, killing nearly 100 people. No damage to hydropower facilities or dams was reported in association with either of these events.

In the U.S., two states in particular have experienced significant fire damage in recent weeks.

Oregon battled the Eagle Creek Fire, which started Sept. 2 and started a new fire on the Washington Side of the Columbia River called the Archer Mountain Fire. As of Sept. 19, the Eagle Creek Fire was 46% contained and had burned 48,600 acres. Fueled by the hot, dry summer, dozens of fires occurred in Oregon during the summer, burning hundreds of thousands of acres.