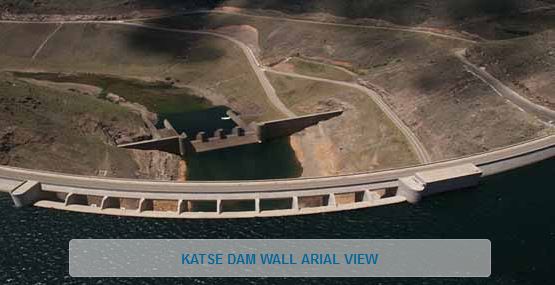 The company has several current aspects of the project up for bid, including:

The Lesotho Highlands Water Project is a bi-national project between the governments of Lesotho and the Republic of South Africa, intended to provide water to the Guateng region of South Africa and to generate hydroelectricity for Lesotho. It was established by a 1986 treaty and entails harnessing the waters of the Senqu/Orange River in the Lesotho Highlands through the construction of a series of dams.

At inception, the project was designed to include five phases implemented over a period of 30 years and expected to transfer about 70 cubic meters of water per second to Guateng Province.

The water transfer components are the 165-m-high Polihali Dam and a 38-km-long water conveyance tunnel.

The hydropower component is the Kobong pumped storage scheme, using the existing Katse Reservoir as the lower reservoir and construction a new upper reservoir in the Kobong valley. This will involve construction of the 101-m-high Kobong Dam and a 6.3-km-long power tunnel.

South Africa’s Cabinet agreed in 2008 to invest US$712 million in Phase II.

Commencement of the Phase II work began in October 2013. It is expected to be substantially complete by the end of 2024.

Phase I consisted of the construction of the Katse and Mohale Dams and the 72-MW Muela hydroelectric power station. It was split into Phases 1A and 1B, with 1A being Katse Dam and the transfer tunnel to Muela and 1B being Mohale Dam and the diversion tunnel to Katse. Phase I was completed in 2003 and inaugurated in 2004.