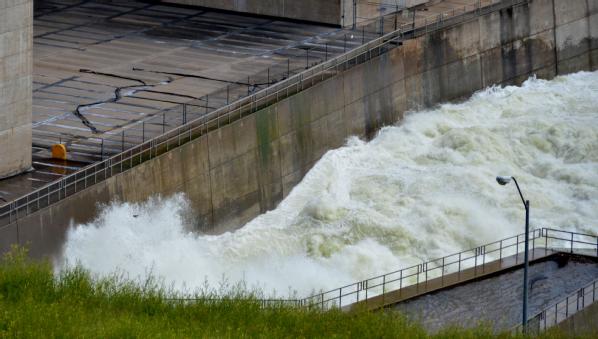 The U.S. Army Corps of Engineers seeks bids from small businesses to perform flood control tunnel interior repairs at 517.8-MW Garrison Dam on the Missouri River in North Dakota. Bids are due Jan. 23, 2013.

The Corps’ Omaha District plans a site visit for prospective bidders, tentatively scheduled Jan. 9. It requested information in October on firms able to perform the work.

The Corps has been soliciting a large volume of contracts to repair 2011 flood damage in the Missouri River Basin, including work affecting Garrison and five other major Corps hydro projects.

The current work, to take 270 days, is to include removal and replacement of intake structure gantry crane wire rope, the east side air seal on flood control tunnel regulating gate No. 7, and trunnion bearing oil seals on three regulating gates. In addition, the trunnion bearing oiling system is to be refilled and evaluated for defects. Other options might be included in the contract, which is valued at between $1 million and $5 million.

A solicitation notice may be obtained from the Federal Business Opportunities Internet site, www.fbo.gov, by entering solicitation No. W9128F13B001 in the “Keyword/Solicitation #” box.

A site visit is tentatively scheduled for Jan. 9. Those seeking to attend must make reservations with Dave Beck, U.S. Army Corps of Engineers, (1) 701-654-7754; E-mail: david.d.beck@usace.army.mil.