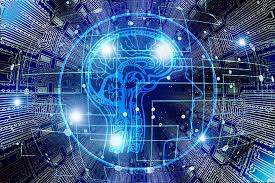 The Columbia Water Center is working on a project that would use climate models, GIS data and artificial intelligence to predict the likelihood that rainfall will overtop a dam and cause significant downstream damage to population and critical infrastructure.

This will allow the team to pinpoint the riskiest dams and guide the process of repairing or decommissioning them, the center says. “We can tell which dams should be repaired first, and which ones need to be monitored closely to plan for emergencies,” said Byungjin So, a postdoctoral researcher working on the project.

For context, the center says about 15,000 of the 88,000 dams in the U.S. are categorized as having high hazard potential, and as of 2015 about 2,000 of these high-hazard dams are in need of repair, with a price tag of about $20 billion. Most of these dams are now older than their original design life.

The center says this work is particularly urgent as dams continue aging and climate change increases the chances of heavy rains and flooding.

Citing Oroville Dam in California as an example, the center says the repair cost of the spillway incident has reached $1 billion, compared with prior maintenance and repair costs estimated in the low millions of dollars.

For now, the researchers are only working in California, but So says they will consider the whole U.S. later.

The process involves working with climate data, using climate models to understand atmospheric circulation and moisture patterns across space and time. Next, AI is being used to determine whether those patterns will actually translate into rainfall. Finally, researchers use elevation maps, dam heights, dam storage capacity and runoff calculations to predict whether the rain could overtop the dam.

So says that, for now, AI only classifies weather events into wet or dry. Eventually, he wants to have it classify events with more detail, such as “low rainfall” and “high rainfall.” Additionally, he’s working on combining the AI component with the climate model.

He hopes the model will be ready to advice decision makers by 2020.