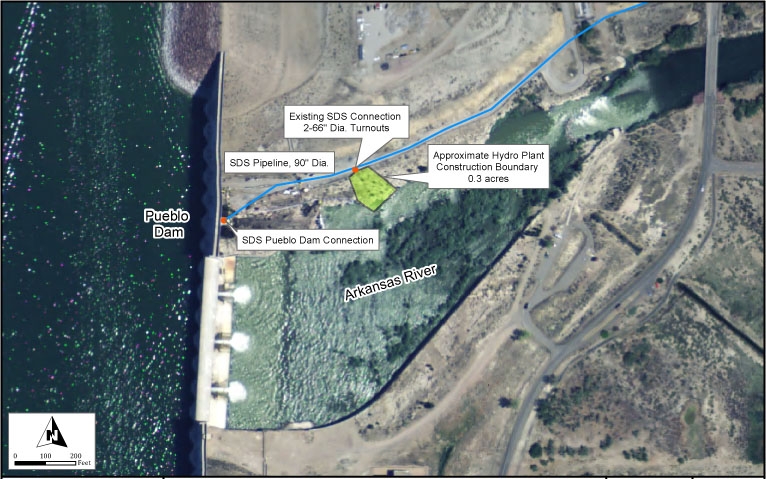 The other half of Pueblo Dam’s output will be sold to Fountain, Colo., for distribution via its own utilities network until the military’s contract runs out. At that point, Fountain is under contract to purchase 100% of the plant’s output for the subsequent 10 years.

The Colorado Springs city council will vote to approve both the hydroelectric plant and military tariff on August 8.

If approved, the project would be located at the existing U.S. Bureau of Reclamation-owned Pueblo Dam, using downstream outlet to supply water to a new $19.7 million powerhouse.

SECWD officials said construction could begin as soon as September if approved, with completion scheduled in May of next year.