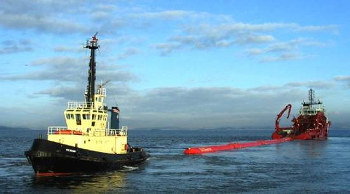 Swedish utility Vattenfall and marine energy technology manufacturer Pelamis Wave Power have announced that they will liquidate a company formed to develop a project off Scotland’s Shetland Islands.

The company, called Aegir Wave Power Ltd. (AWP), has no employees and is being shuttered after Vattenfall completed a review of its marine and hydrokinetic (MHK) interests.

“The voluntary liquidation of Aegir is a logical outcome of our six-month review and the recent delays experienced by the sector,” Vattenfall official Bjorn Bolund said.

The Stockholm-based company’s new CEO, Magnus Hall, announced in January that the company would focus its investments into wind energy, but noted that Vattenfall will maintain an MHK research anhttp://author5.pennwell.net/cf#/content/hydro/en/articles/2015/02/vattenfall-liquidating-wave-energy-joint-venture.htmld development team in Stockholm.

“Vattenfall’s review of our work in the wave power sector concluded that there remains long-term potential — not least because of the strong support provided by the Scottish government and the unrivaled resource off the Scottish coast — and so we will watch the sector very carefully in the hope that there will be progress toward securing a commercial technology,” Bolund said.

The decision to liquidate AWP comes just months after Pelamis announced it had fallen into administration. The company’s intellectual assets and hardware have since been sold by administrators to Wave Energy Scotland.

Aegir Wave Power was launched as a joint venture between Vattenfall and Pelamis in December 2009, at which point AWP said it hoped to see power generated at Shetland Islands site in 2014.

HydroWorld.com reported that AWP had secured the last remaining berth at the European Marine Energy Centre’s (EMEC) test site near Orkney, Scotland, in March 2012. Technology tested at EMEC would have been used in the Shetland Islands installation.