On Jan. 30, I learned Britain celebrated the 50th anniversary of Winston Churchill’s funeral with, among many things, radio and television re-broadcasts of the state funeral.

Upon hearing audio of air-raid sirens from one of the radio broadcasts, my mind raced back to my early childhood, in which I was fascinated with World War II-era aircraft. In particular, I was enamored — as many a child is in blissful ignorance — with bombers and all of the platform’s “cool” capabilities. Of the armaments WWII bombers deployed, I fondly recall play-acting the “dam busters” story. In my version of dam busting, I used small paper Dixie Cups filled with water to stand in for the dam. When hit by handfuls of dirt clods, the “dam” broke and drenched my green plastic army men. 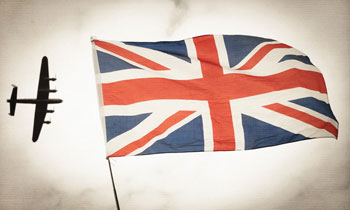 I am of course referring to Operation Chastise. This was a bombing mission on May 16, 1943, during WWII in which 19 Lancaster Bombers of the Royal Air Force’s Squadron No. 617 descended on Germany’s Ruhr Valley and deployed specially designed “bouncing bombs” on Mohne, Eder and Sorpe dams in an effort to disrupt Nazi industry. Among the damage, the mission destroyed two hydroelectric stations that supplied power to factories and mines.

In the 1940s, targeting dams for military purposes was such a novel idea that dam busting bouncing bombs, created by brilliant engineer Barnes Wallis, were considered one of Churchill’s “funnies” — non-standard, secret weapons developed during WWII.

Tactical data in WWII historical military documents indicates the intent of bombing these dams was to disrupt supply lines and destroy the infrastructure that fueled the Nazi military machine. Debate still remains on whether the operation’s outcome was militarily significant.

In 2015, I continue to read about the international development of large dams. I cannot help but think about the depth and width of potential disaster should negotiated water sharing treaties fail. What will happen if Nation A builds dams and catchment facilities that significantly reduce water flow downstream to nations B, C and D?

While dam busters are a thing of the past, in terms of delivery method and ideological intent, modern delivery systems — mortar teams — and the present-day need of water to survive could revive dam bombing.

I neither advocate for nor know of any intent for such a catastrophic move against a dam facility. As a matter of fact, since WWII, no nation has engaged in open, state-sponsored military campaigns focused on bombing large dams.

But, what will happen as more and more large dam impoundment facilities potentially impact on flows downstream? Will a militarily able nation resort to using its version of funnies? Will said nation stand by and watch as it is economically and socially destroyed because its riparian neighbor-nation upstream is impacting on its water?

I could continue, knowing there is no end to these types of scenarios or responses to my questions. However, an end is not my intent.

It is my hope nations that have the ability to impound water, such that it would reduce historical averages of water flow downstream, simply choose the optimal scheme design for the site and expend verifiable funding, which will afford that the completed project lets the water flow.

I hope the funnies rest in peace — forever.