More
Home Environmental Viewpoints from the Board Room: Alden 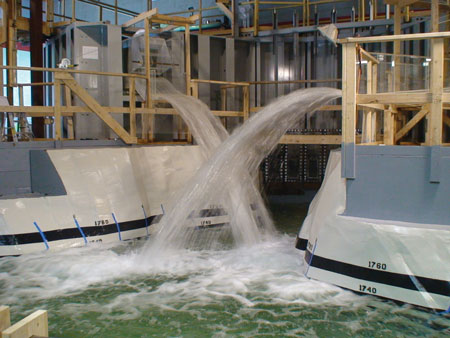 In this month’s hydro interview, Stuart A. Cain, PhD, president of Alden, discusses the laboratory’s long history in hydropower in the U.S. and what the future holds for hydroelectricity and marine and hydrokinetic energy.

Alden is a fluid dynamics consulting laboratory that was established in 1894. The more than 45 scientists and researchers at the lab “support the world’s environmental and energy future” by providing independent evaluation and optimization of technologies, both new and existing. About 70% of Alden’s work is power-related, with about 20% of its business related directly to hydropower. PennWell recently sat down with Stuart A. Cain, PhD, president of Alden, to discuss the company’s past, current and future work in hydropower. Below is a transcript of this discussion.

Q: Alden has been in existence for well over 100 years. Tell me a bit about your research work and how it has evolved over that time.

In 1891, George I. Alden developed and patented the Absorption Dynamometer or Brake (Patent No. 464,949). Alden was then founded in 1894 in Holden, Mass., as part of Worcester Polytechnic Institute (WPI), to teach students in this rapidly advancing field and to supply expertise to the industry. Alden was founded concurrently with the development of hydropower in the U.S. and quickly became a leader in hydroelectric turbine testing. Combined with our practical research regarding spillway performance and energy dissipation structures, Alden played an instrumental role in the development of hydropower in the U.S.

Alden is the oldest operating hydraulics laboratory in North America. We continue to provide physical modeling and turbine testing for the hydropower community.

My personal background includes both physical testing and computational fluid dynamics (CFD). So when I joined the company about 20 years ago, Alden added CFD capabilities. CFD has revolutionized hydraulic modeling, providing new insight into flow phenomena. In some cases, it allows us to provide lower-cost modeling alternatives (relative to physical models) for our clients. We now have more than 10 full-time CFD engineers who work in the various office locations across the U.S.

In addition, Alden is rapidly expanding in the field of prototype turbine performance testing, allowing our clients to determine their actual turbine efficiency for a range of flows. Alden has been conducting these tests for more than 100 years, having pioneered the salt-velocity method for field flow measurement in 1916 and patented that method in 1926. The salt-velocity method evolved into the dye dilution method, replacing salt with dye. That method for measuring flow, combined with measuring head and output, meant that turbine performance and efficiency could be determined in the field. In an era of limited water resources, power producers have become more interested in how much water they are using to produce power, so efficiency is important.

Q: Hydropower is only one of the industries Alden serves. What percent of your work is for this market?

Cain: Hydropower accounts for about 20 percent of Alden’s business. And about 70 percent of our work is power-related, including hydropower.

The common thread throughout our work is fluid mechanics. Our biologists are particularly interested in fish passage and fish exclusion and how that is influenced by water flows. Our structural engineering group is focused on the design of hydraulic structures.

Q: What unique projects are you currently doing for the hydroelectric industry?

Cain: Recently, Alden has worked on several hydroelectric plant uprates. We are proud of the numerical and physical modeling we provided for the uprate of the Ludington pumped storage scheme. It is a project Alden did the original modeling for more than 50 years ago. We also provided the hydraulic modeling for the Holtwood expansion.

We are working on numerous dam safety projects for our hydropower clients to evaluate spillway performance for beyond-design-basis flows. Several of the models have been for spillways for which Alden provided the original hydraulic modeling from 50 to more than 90 years ago. In several cases, we have been able to use CFD models validated by our physical models from the original design phase.

We are also doing physical models and CFD simulations for low-head hydro at lock and dam structures, where we are working to optimize approach flow patterns and suppress vortex formation, as well as ensuring that effects of power production on navigation are minimal.

We also are very active in fish passage projects at hydroelectric plants. We test fish exclusion systems as well as upstream and downstream fish passage systems. For fish passage projects, our CFD engineers work closely with our biologists to develop flow fields that are suitable to fish passage. We have been developing traditional fish ladders and fish lifts for the hydropower industry, as well as new nature-like fishways. For downstream fish passage, Alden developed and now uses methods for determining fish mortality due to leading edge strike from turbine blades. We have a close relationship with the Electric Power Research Institute (EPRI) to do important research to reduce the impacts of hydropower on fisheries resources.

Recreational facilities below hydro projects are becoming more common, and in the past few years we have been doing both CFD simulations and physical models of kayak courses and other boating features.

Our turbine testing services are an area of increasing business as well. Power producers are interested in how much water their turbines are using in addition to how much power they produce at a given head. I think the increased interest on this front is an artifact of increasingly limited water resources and power producers wanting to understand the efficiency of their turbines, both new installations and existing technology.

Q: What do you see as the future for the hydropower industry in North America?

Cain: Hydropower will continue to play an important role in the electric power market. We all recognize that the construction of new dams in the U.S. is limited and in some cases small dams are being removed. Therefore, maintaining and optimizing the existing facilities become more important. The addition of hydropower at existing dams, such as the American Municipal Power projects on the Ohio River, allows for the continued development of hydropower without constructing new dams. Pumped-storage projects provide the ability to store power, which is a critical component of renewable energy projects. Alden has been involved in projects to evaluate uprating existing hydropower and pumped storage plants.

Additionally, we have had the privilege of working with entrepreneurs who have promising ideas about reducing the levelized cost of electricity for new hydropower development.

Q: What is the status of your advanced hydropower turbine?

Cain: Alden is working with EPRI and a utility (whose name is confidential) to modify the advanced hydropower turbine design from a stand-alone expansion unit to a replacement unit. This study considers using an Alden fish-friendly turbine to replace (retrofit) a 90-year-old Francis turbine while maintaining as much of the original civil works as possible.

Q: We reported in late 2013 that an underwater kite design developed to generate electricity from the ocean was being tested in water tanks at Alden. What is your attitude toward and outlook for marine hydrokinetic technologies?

Cain: MHK technologies are an evolving science. The notion of harnessing kinetic energy in water without the construction of a dam or reservoir, much the way wind power operates, is very appealing. The challenge with MHK is that the power density is low, making it more difficult to extract energy efficiently. There is also the need to address the environmental impacts of MHK, which is an evolving science as well. But this is the challenge that equipment developers and entrepreneurs are working on, and there are some unique ideas for making MHK profitable.

Alden has one of the largest indoor MHK test facilities in the U.S. We have a flume that is 20 feet wide, 10 feet deep and can produce flows of up 500 cfs. In that flume, we are able to measure turbine performance characteristics for a specific set of hydraulic parameters, allowing developers to test the efficiency of their turbines. The flume building is also equipped with a fish rearing and holding facility, meaning we can test how fish interact with the various MHK turbines. We have tested turbines for private developers and for EPRI. We have been developing large-scale models to evaluate the upstream impact of an MHK installation and we have also looked at flow around individual turbines using CFD.

I think there is a market for MHK technologies and the power generated. I see it as another source of clean, renewable energy. How and in which markets it is ultimately deployed depends on how some of the technological challenges are resolved. But there is definitely a place in hydropower for MHK.

Q: Alden employees have received some prestigious awards, including the Pamela E. Klatt award from the Northwest Hydroelectric Association, Women with Hydro Vision award and Hunter Rouse award from ASCE. To what do you attribute the success of your staff?

Cain: Alden is really about the people who work here. We have a dedicated staff of engineers, scientists and supporting technicians who come to work every day to solve some of the most difficult problems in fluid mechanics and fisheries biology. Celeste Fay won the Women with Hydro Vision award in 2014. She now has her own business (Hydropower Consulting Specialists LLC) and works closely with Alden on a regular basis. Chick Sweeney and George Hecker both won lifetime achievement awards for contributions to hydropower and hydraulics, respectively.

We strive to hire engineers with exceptional academic backgrounds and an unwavering desire to understand and solve flow-related problems. Alden fosters a family-friendly work environment that allows our employees to contribute to the company while also maintaining a good work-life balance.

The HydroVision International event next month in Denver, Colo., U.S., features multiple conference sessions on the topics of water and environment. Visit www.hydroevent.com to learn more and plan your trip.