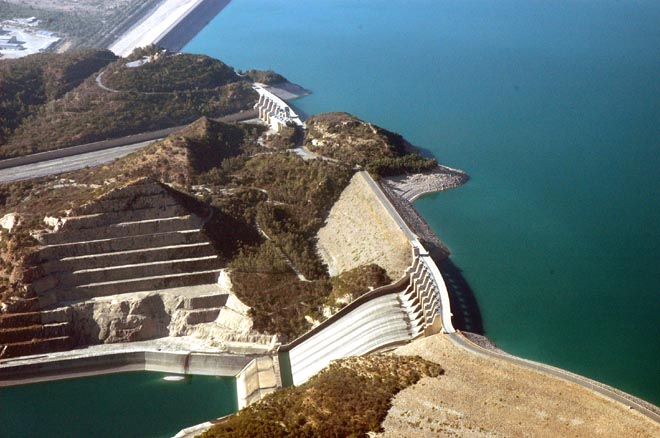 The Pakistan Water and Power Development Authority (WAPDA) announced it is moving forward with a modernization project at the 1,000-MW Mangla hydroelectric project to increase the facility’s generating output by 310 MW at an estimated cost of Rs 52.224 billion (US$769 million).

The Mangla hydropower project is a multipurpose facility located on the Jhelum River in Mirpur district of Azad Kashmir, Pakistan. It includes Mangla Dam, which is the seventh largest dam in the world; the country’s largest reservoir, which has a live storage capacity of 7.48 million acre feet; and 10 generating units.

In late December WAPDA announced the first six turbines will each be rehabilitated and modernized to increase output by 35 MW in increments of two, in three phases: Phase 1 is scheduled for completion in December 2018; phase 2 by December 2019; and phase 3 by December 2020. According to WAPDA, refurbishment of all 10 generating units will be completed by 2024.