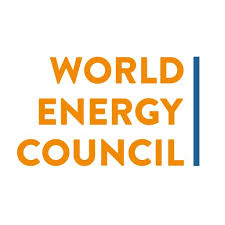 Hydropower is the leading renewable source for electricity generation globally, supplying 71% of all renewable electricity at the end of 2016. Undeveloped potential is about 10,000 TWh annually worldwide.

With regard to marine energy, the report says 500 MW of commercial marine energy generation capacity is in operation and another 1.7 GW is under construction, with 88% of this accounted for by tidal. The total theoretical wave energy potential is said to be 32 PWh (petawatt-hours) annually.

According to the executive summary of the report: “The past 15 years have seen unprecedented change in the consumption of energy resources. Unexpected high growth in the renewable energies market, in terms of investment, new capacity and high growth rates in developing countries have changed the landscape for the energy sector. We have seen the growth of unconventional resources and improvements in technology development for all forms of energy resources. This has contributed to falling prices and the increased decoupling of economic growth and GHG emissions.”

The World Energy Council has produced the World Energy Resources report for more than 80 years, intended to provide a unique data set that allows governments, private sector and academia to better understand the reality of the energy sector and the resource developments.

The full report is available here.

Earlier this month, the council released a report on cyber security and energy facilities.