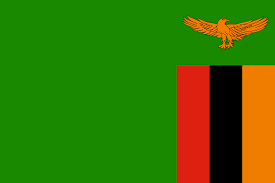 Zesco Limited is currently seeking companies to rehabilitate and extend the 6.2-MW Chishimba Falls small hydro station in Zambia, with generating capacity to more than double.

Chishimba Fall is a 6.2-MW run-of-river facility on the Luombe River in the Northern Province of Zambia.

Zesco plans to install a new powerhouse alongside the existing A and B powerhouses. This new building will house three 5-MW horizontal Francis turbine-generator units. A new waterway and penstock will be provided for Units 2 and 3 in this C powerhouse, while the penstocks for the B powerhouse will be diverted to supply Unit 1 in C.

While this new powerhouse is being built, the A and B facilities will be retired and decommissioned, Zesco says.

Two contracts will be awarded for this work, one for civil works and one for electrical and mechanical works.

Financing for this expansion is being provided by KFW Development Bank in Germany through a US$45 million loan agreement signed in February 2016. At that time, it was reported that expanding Chishima Falls would add more than 70,000 MWh of electricity annually.

In fact, the upgrade to Lunzua was completed in late 2014. Lunzua began operating in 1960.

Zesco is a vertically integrated electric utility that generates, transmits and distributes electricity in Zambia. It is a public utility, and the Government of the Republic of Zambia is the sole shareholder. Zesco has installed generating capacity of 2,337 MW, 99% of that hydro.